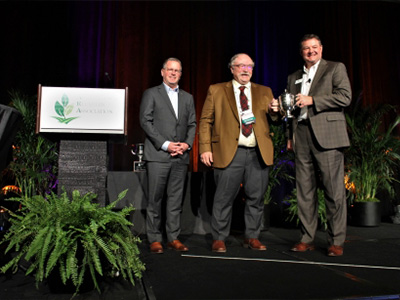 Alex McGregor, longtime president of The McGregor Company — which has farmer customers in Washington, Idaho and Oregon — was honored with the annual ARA Jack Eberspacher Lifetime Achievement Award. The group’s highest honor recognized McGregor for his “legacy of leadership” with the company and his “steadfast contributions to ARA initiatives with his fundamental role in advancing ag retail which has stood the test of time,” according to an ARA report.

“It was under his leadership that the company grew in scope and technology before handing over the reins to his son,” ARA President and CEO Daren Coppock said in an ARA report. Alex’s son Ian, who was installed as ARA chairman at the December conference, is the current president of The McGregor Company.

Alex McGregor’s long history of close attention to and action on behalf and for his farmer-customers is a major reason why the leader of the Colfax, Washington-based company earned the award named for Eberspacher, who served as ARA president from 2001 to 2009.

“Alex is a long-time industry leader known not only for the business that bears his name, but for his steadfast involvement with the grower communities and organizations served by The McGregor Company,” Coppock added.

Buttonwillow Warehouse Company Southern Regional Manager Jeff Hunter also left San Antonio in December with an ARA honor, recognition as one of ARA’s 10 2021 Rising Stars. The program brings attention to emerging leaders in the ag retail industry and their work to go “above and beyond to serve their customers.” An 18-year veteran in sales and sales leadership at AAD owner Buttonwillow, Hunter said decision-making is a critical component of how he serves his farmer customers.

“An effective leader must have a commitment to agriculture and must be a critical thinker who’s professional, diverse and capable of quickly making decisions when situations are clearly not cut-and-dried,” Hunter said. “A good leader should be capable of clearly relaying visions and goals to people they work with.”

See more from the 2021 ARA conference and find out why AAD owners are the leaders of the independent ag retail industry. 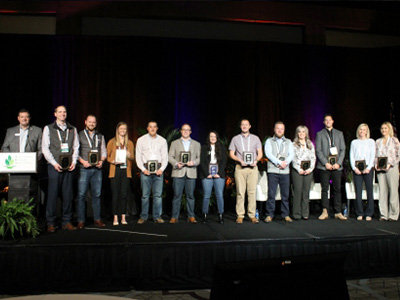